Self-driving vehicles to be on UK roads by 2025

Vehicles with full self-driving capabilities could be allowed on UK roads by 2025, the Government has announced.

A new policy paper backed by £100 million of investment states that new laws will be introduced to facilitate the safe arrival of autonomous vehicles, which will create an estimated 38,000 jobs.

The Government has previously announced plans to allow drivers of cars that feature autonomous lane-keeping systems to take their hands off the wheel at speeds of up to 37mph in motorway traffic jams, at which time they can legally interact with their infotainment screens to read the news or watch television.

The latest announcement details the next stage of the plan, which involves fully autonomous vehicles on other roads, not necessarily carrying anyone with a driving licence on board.

The Government suggests such vehicles could be suitable for public transport or deliveries. Of the £100 million investment, £34 million will go towards research into safety to inform legislation, such as testing these vehicles’ capabilities in poor weather conditions and how they interact with other road users. 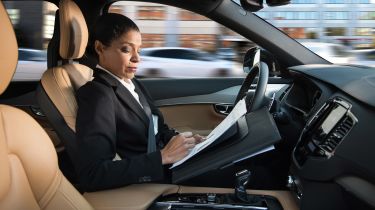 He added: “It is important that the Government does study how these vehicles would interact with other road users on different roads and changing weather conditions. However, the ultimate prize, in terms of saving thousands of lives and improving the mobility of the elderly and the less mobile, is well worth pursuing.”

Jonathan Hewett, chief executive of Thatcham Research, commented: “The cars we drive are changing at an unprecedented rate. But the automotive industry is still at the lower end of a steep learning curve. It’s vital that we balance the risk with the opportunity, gathering intelligence on the different use cases for the technology and in turn understanding what it means for all road users.

“All the ingredients are present for the UK to become a global leader in this space. However, it is paramount that we make sense of the data these vehicles will provide, to inform risk and ultimately pave the way for safe adoption.”

Do you think it’s possible to see autonomous cars on UK roads in the next four years? Tell us in the comments below…