Porsche is working on an all-electric flagship SUV that will offer new levels of luxury for the company and sit above the Cayenne in its line-up.

Announced during a strategy update from the German manufacturer last week, the new model, which has the codename K1, will use a modified version of the VW Group’s forthcoming SSP electric architecture. The seventh model in Porsche’s line-up will in effect be a rival for BMW’s iX SUV.

In an unusual move, Porsche boss Oliver Blume not only revealed the plan for the vehicle, but also confirmed where it will be manufactured. He said, “We plan to add a new luxury, all-electric SUV model to our portfolio, which will roll off the production line in Leipzig.

This will further expand our position in the luxury automotive segment. We are targeting the higher-margin segments in particular and aim to tap into new sales opportunities in this way.” 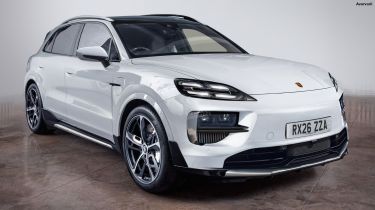 Our exclusive image shows how Porsche might scale up the profile of the current Cayenne while adopting clear EV styling cues. It’s likely that the company will make its offering a more rakish alternative to the polarising looks of the iX.

The announcement confirming that this new car will use the SSP Sport platform also revealed that there will be a more focused (and more expensive) version of the VW Group’s all-encompassing architecture. SSP – or Scalable Systems Platform – is expected to arrive by 2026, and will combine the best elements of VW Group’s current MEB platform and the PPE set-up that’s due to support the incoming all-electric Porsche Macan in 2024.

It’s now expected that conventional SSP products will be limited to 400V technology, helping to keep prices down, but that SSP Sport-based models will offer 800V electrics that can support charging of up to 350kW. Porsche is leading the SSP Sport project, but Lamborghini, Bentley and Audi are likely to make use of this as well.