Google Maps is one of the world’s most popular navigation systems and now the company is looking to tailor routes specifically for electric vehicles in the name of efficiency and maximising range. The system is still in development and is also aiming to provide the best fuel-efficient and eco-friendly routes for petrol, diesel and hybrid vehicles too.

First reported by 9to5Google, Google has uploaded a version of its Maps application to the Play Store which includes some features detailing how the system could work. There are options for petrol, diesel, electric and hybrid car owners to make sure you’re getting the most efficient route – there could even be a setting to switch to a particular engine type depending on which car you’re driving.

The difference between the routes could be significant for electric and non-electric vehicles, given how EVs are typically more efficient at lower speeds and internal-combustion engined cars can score better MPG on motorways. It would make sense for the most fuel efficient route to not only account for favourable driving speeds but the actual roads too. This could mean routes may prioritise flat areas to further the car’s efficiency. 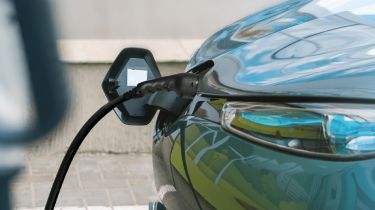 Google Maps can already offer a variety of routes depending on certain criteria such as avoiding motorways, toll-roads and live events like traffic. There’s also scope for the new system to provide the best route incorporating charging stops for electric vehicles (and fuel stations for non-EVs).

It’s been reported that the American firm’s latest feature is currently in beta testing and there’s been no announcement as to when it will become available to the public, although it could launch in certain markets as early as next year.

Check out the latest on the upcoming Apple CarPlay update here…