When it comes to naming and shaming car manufacturers and others for slapping greedy price increases on their showroom products, I’m at the head of the queue.

Don’t get me wrong – I’m all for companies and individuals making reasonable profits. A business or a job without decent profitability is little more than a hobby. But being excessively profitable is another, less palatable matter. Example: Elon Musk. In 2022 he boasts a net worth of around $220 billion. That’s circa £186,000 billion. Not that I’m jealous!

Does he need this level of wealth? Too much wedge for one bloke? Can he afford to charge some of his customers less for their Teslas? No, yes and yes, I’d strongly contend.

The world’s richest man could at least prove he’s got a big heart and an even bigger social conscience by selling a certain (i.e. not unlimited) number of heavily subsidised, low-spec EVs to poorer folk such as key workers. And before you ask, the subsidies in question would be funded in house, via the wealth he accrues from products he sells at what are generally regarded as high retail prices.

Badge the modest, stripped-out EVs for the less well off and vulnerable as ‘Musks’ and/or ‘E-lons’ and he’d enjoy the added bonus of creating one or two cheap and cheerful sub-brands comfortably dangling below his massively more prestigious Tesla marque. 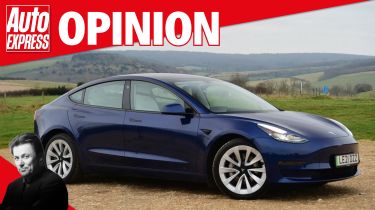 A very different type of ‘greed’ comes courtesy of some of the big corporate firms going over the top with their too-regular price hikes. For example, the cost of buying Renault’s basic Zoe EV has more than doubled since 2012 – admittedly when you were able to lease the battery separately – and other firms have been guilty of imposing spectacularly large price hikes over the same period. Volvo’s S60 almost doubled (although it’s now sold only as a hybrid), as did the Hyundai i20, Volkswagen Polo, Vauxhall Astra and Ford Fiesta. I get that the spec and technology improve greatly from one generation to the next, but from the point of drivers who are just looking to buy an up-to-date car on a salary that’s not been subject to similar inflation, that’s simply not good, fair, justifiable or consumer-friendly.

But what I’ve saved until last is more encouraging, because I reckon it ranks as some of the best new-car-pricing news I’ve heard in yonks. High-quality German models such as Audi’s TT RS Roadster and Q3, Porsche’s 911 Carrera and the BMW X1 have only gone up by a quarter, or less, over the same decade.

Better still, BMW’s X3 deserves special recognition and praise for rising by just a few thousand pounds – an increase of less than 10 per cent. This means an example purchased new today is cheaper in real terms than the version wearing the same badge in 2012.

But the biggest bargain of all, by a long way? It has to be the Nissan Leaf, which cost about £25,990 in 2012, but is £26,995 now. A decade or so ago, I complained that the Leaf cost around twice as much as a basic petrol Golf. Now the two almost have price parity – so Nissan is moving prices in the right direction, while the VW brand is most definitely not.