Could speeding on UK roads be on the way to becoming a thing of the past from Wednesday July 6? You might be feeling like putting the pedal to the metal and risking a quick blast, but will your car even let you? Speed limiters are being made compulsory on all new cars sold in the UK but what does that mean for motorists? What are the rules around speed limiters and how do they work?

Wednesday July 6 2022 is the day from which the EU requires ISA (Intelligent Speed Assist) speed limiter systems on all new cars. And although the UK is not in the EU, the government has decided our cars – and vans, lorries and buses – will adopt the same mandatory mph-restricting technology at the same time.

In reality, speed merchants, and careless drivers, will not be automatically reined back by their cars just yet. The ISA technology will only apply to all-new models launched after July 6. New cars already launched and in the showrooms will have until July 2024 to be ISA equipped.

Even with those deadlines, the ISA speed limiter technology can be turned off or overridden by drivers – as things stand.

In a word, safety. Chief proponent of ISA is the European Transport Safety Council (ETSC) which says the move will reduce collisions by 30 per cent and road deaths by 20 per cent. The EU has a target of zero road deaths by 2050.

ISA, along with other measures coming in at the same time such as standard autonomous emergency braking (AEB), could prevent 140,000 serious road traffic injuries by 2038, it is said.

Crash test organisation EuroNCAP agrees: “Greater adherence to speed limits will avert accidents and mitigate the effects of those that occur”.

Many new cars are already fitted out with the technology they need to restrict their speed autonomously. With a combination of speed-sign recognition cameras, sat-nav and clever software, a car can at any time know where it is, how fast it is going and what the speed limit is. It can then restrict engine power so it can’t exceed that speed limit. It’s a form of always-on intelligent adaptive cruise control. 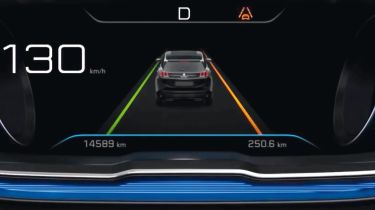 At this stage in its development yes, the system can be turned off – but you have to deactivate it at the start of every journey. Otherwise it will kick in automatically each time you turn the car on and drive off.

If you push hard enough on the accelerator you can override the system in real time as well – to complete an overtaking manoeuvre for example. This is likely to be accompanied by a range of haptic, visual and audio warning signals to tell you that you’ve exceeded the speed limit.

The technology is not foolproof and cars that rely solely on sign-recognition cameras could get confused when there is no sign, for instance on slip roads between motorways. You wouldn’t want to be restricted to 30mph when joining the M1.

Some signs get damaged, are missing, are conditional on traffic or weather conditions, and others may be unreadable, for instance those at temporary road works. That’s why the ISA systems can be disabled.

All new cars today come with a warning buzzer that the driver can set for any given speed. And some cars – all Volvos for example – come with a facility to restrict top speed (Volvo calls it a Care Key) for use with inexperienced drivers and valet parkers.

But there’s nothing on the market currently that automatically pegs back power to whatever speed limit is in force on the road where the car is driving. In the past there has been: Ford tried a version of ISA in EU markets in 2015 and similar systems have been trialled by Honda, Jaguar Land Rover and Mercedes. The idea did not go down well with all car-makers or consumers.

Will speed limiters be a useful safety boost or another annoyance for motorists? Have your say in the comments…