Dangerous drivers who cause death could face life in prison

A law coming into force this week will give judges options to hand out much tougher sentences to drivers who cause death through the worst cases of careless or dangerous driving.

As part of the controversial Police, Crime, Sentencing and Courts Act 2022, drivers who kill on the roads will face sentencing as severe as that facing offenders guilty of manslaughter charges, which in some cases could include life imprisonment.

The act also includes a new offence of causing serious injury by careless, or inconsiderate, driving, which allows for imprisonment of up to 12 months and the imposition of a fine.

While the new act of parliament has proved controversial for what campaigners have alleged is a ‘chilling effect’ on public rights of protest, the updates regarding the most serious driving offences have received widespread support. Safety organisations and victims groups have long called for tougher sanctions on drivers receiving sentences they regard as too lenient, and the changes to the law were first proposed back in 2017. After the act received royal assent in May, the changes come into force this week in England, Wales and Scotland, but not in Northern Ireland where different rules apply. 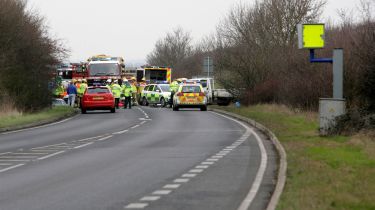 Before the changes were applied, the maximum sentence for careless driving was 14 years, but much shorter sentences have been commonplace. With the threat of a life term now on the statute books, the government hopes drivers will think much more carefully about the risks of using mobile phones while driving, while dangerous drivers killing while high on drugs or drunk will potentially be kept off the roads for longer.

“Too many lives have been lost to reckless behaviour behind the wheel, devastating families”, said Justice Secretary Dominic Raab. “Those responsible will now face the possibility of life behind bars.”

RAC Foundation director Steve Gooding told the Daily Express: “Drivers exhibiting the worst behaviour on the roads are a danger to us all.

“Those who behave with disregard to the risk they pose deserve the stiffest penalties when their actions rob others of their lives. Involuntary manslaughter already carries a maximum penalty of up to life imprisonment so it is hard to argue that killing someone with a car doesn’t warrant a possible sanction of similar severity.”

Do you agree with this change in the law? Tell us your thoughts in the comments…