New challenges, such as the war in Ukraine, have joined a disappointingly persistent semiconductor crisis in keeping the car industry on its toes over the past 12 months. But our annual rundown of the UK’s top 50 executives in the car business shows British experience and creativity are possibly more valued than ever.

With many of the biggest groups restructuring, to focus their resources and cash on development in key areas such as electrification and more digital customer experiences, it seems UK nous is trusted to deliver results at the highest levels.

There are some signs, meanwhile, that these shifts towards technology and more immersive customer journeys might help Brit-born female execs to come up through the ranks. But it remains frustratingly early days, and there is still no clear evidence that any progress made by black and Asian executives in the UK industry is carrying them through to the global stage.

Scroll down to find out the top 10 in the 2022 Brit List, with the full list available further below…

Easily the biggest thing ever to emerge from Tobermore in County Londonderry, Northern Ireland, Lyle Watters has now settled into the role of managing Ford’s passenger cars in China, just as he prepares to celebrate 35 years working at the Blue Oval.

Watters took on the role last year, with the goal of improving customer service to help bolster sales in the region. It’s been a bumpy 12 months in the Chinese market, but Ford’s sales in the country showed encouraging signs of recovery at the end of 2021.

Aston Martin’s chief operating officer has been thrown plenty of curveballs since he joined the brand at the start of 2020, but Michael Straughan’s considerable experience could prove invaluable as Aston enters another period of change at the top of its leadership structure. He’ll have to work closely with incoming CEO Amedeo Felisa, as well as the new CTO Robert Fedell.

Straughan will be drawing on learnings from his stints at Volvo, Jaguar Land Rover and Bentley – as well as a three-year run as chief operating officer of luxury powerboat manufacturer Sunseeker.

The VW Group’s top Briton achieved a key goal earlier this year, when he helped to secure electric vehicle production and a battery gigafactory for Spain.

Dukenfield-born Wayne Griffiths started his career at the family car dealership and then joined the VW Group via Audi back in 1989. Most recently he has been enjoying strong growth with the Cupra brand. His next challenge could be working out what happens to SEAT, though, because the Spanish manufacturer doesn’t appear to have any EVs in the pipeline, putting it badly out of kilter with the overall VW Group plan.

Rory Harvey continues to fly high at General Motors. The Dover-born executive’s Cadillac division posted a rise in sales last year. These were down a little in its traditional United States market, but more than made up for this with record numbers sold in China.

A planned switch to full electrification doesn’t look likely to do Harvey’s fortunes any harm, either; Cadillac sold the first year’s worth of production of its latest electric vehicle, the Lyriq, in just a couple of hours when it opened for reservations in May.

There’s a feeling at Toyota that the transitional market has created a sweet spot for its hybrid tech, leaving the company’s European boss Matt Harrison in an ideal position to reap the rewards.

Harrison is approaching his 20th anniversary with Toyota. He delivered record European market share for the brand in 2021, and his goals for the next 12 months will be to maximise the sales of hybrids to those who aren’t ready to go full electric just yet, while also bringing the bZ4X EV to market.

General Motors’ fortunes in China have been affected by the semiconductor crisis, but the American giant and its local partners still shifted around 2.9 million vehicles in the region in 2021.

That’s a useful tally, and it shows the trust placed by GM boss Mary Barra in Julian Blissett, who came up through the ranks in China via the collaboration with local brand SAIC. Blissett believes that the easing of supply restrictions will boost his numbers further in 2022, along with an ambitious plan to launch or refresh 20 models in a single year.

It’s rare for someone to make such a big jump within the Brit List top 10, but Michael Cole has had a pretty stellar 12 months at Hyundai’s European division. The Frankfurt-based exec, who took the Hyundai job in 2020 after more than a decade with sister brand Kia, oversaw a solid rise in European market share last year – up to 4.4 per cent.

Hyundai has been attacking the market on a number of fronts, including electrification but also design, with a dramatic new look for its Ioniq 5, which was last year’s Auto Express New Car Awards winner.

One of our highest ever new entries on the Brit List comes from a role outside the car business, but he’s certainly flirted with this area of industry before.

Jim Rowan was picked by Geely at the start of this year to succeed Håkan Samuelsson at the helm of Volvo. He brings experience at consumer electronics giant Dyson; during almost a decade with the Wiltshire-headquartered company, he expanded its reach far beyond domestic cleaners and he was ultimately part of a team that developed then canned a proposed electric car.

This diversity will have been part of the appeal in Rowan’s hiring: his ability to scope expansion into new digital businesses, making Volvo more than ‘just a car company’. He’s kept a low profile since starting in his new role, but has already indicated that the firm’s vehicles will have to offer yet greater levels of connectivity if they’re to appeal to a new generation of customer. 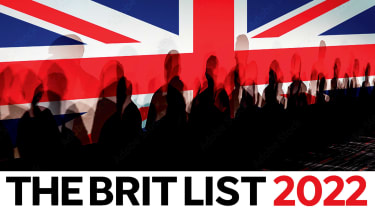 Jaguar Land Rover has an experienced boss in the shape of Thierry Bolloré – but don’t underestimate the influence being wielded by Gerry McGovern OBE, the firm’s chief creative officer. McGovern’s reputation within JLR was forged through smash hits such as the Evoque and Range Rover – and now he has creative control of Jaguar’s destiny, too, as he and Bolloré attempt to reinvent the brand as a luxury item, with profit margins to match.

The senior management has to rethink everything from design and engineering to marketing. But McGovern could never be accused of lacking confidence, and he has successfully navigated a political minefield in the JLR boardroom to emerge as the man whose vision could make or break two of the UK’s most-loved car brands by 2025 and beyond. The problems could scarcely be more complex, but you suspect McGovern will be convinced that he’s the individual best placed to deliver solutions.

By his own admission, this year’s Top Brit in the global car industry is more focused on spreadsheets and managerial process than he is rebound damping. “I like cars and enjoy them,” says Stuart Rowley, “but I’d say I’m more of a businessperson than a car nut.”

It’s an approach that has done the Derby man’s career at Ford no harm at all, because earlier this year, in his fourth decade with the brand, he added the global role of chief transformation and quality officer to his existing position as chairman of Ford of Europe.

It was the industrial nature of the car business that appealed to Rowley when he completed his MBA. “I decided to join Ford for a number of reasons,” he recalls. “It gave me the ability to have an international career. And it was an industrial company – a key part of, as I call it, the real economy – generating jobs and growth. And there’s also that interface between a highly engineered product and a consumer product.”

Now, as one of Ford chief Jim Farley’s most trusted lieutenants, Rowley is tasked with nudging different regions of the business along the path to better-quality cars and, of course, electrification. “We need to make this switch everywhere, not just in Europe,” he says. “I think Jim saw what I’ve been doing in Europe and decided it would be good to ask me to do it globally.” Rowley’s promotion is a further reflection of Ford’s penchant for British execs; he’s the third Auto Express Brit List Hall of Famer (out of 11 in total) to have worn the Blue Oval lapel badge.

Last year’s winner remains at the helm of Bentley. The British brand posted record sales in 2021.

After a spell in China, Armstrong is these days focused on Ford’s fortunes in India and South America.

Palmer is the man still making the numbers add up at the huge Stellantis Group.

Shake-up at Stellantis placed our 2017 winner in a new role: CEO of Peugeot.

Left his role as US boss of Stellantis last November. Now CEO of AutoNation, an American car sales firm.

Former boss of GM North America is on the board of Spectrum, a group of automotive companies.

BMW’s sales & marketing boss retired from the German OEM in 2018.