Britain’s motor industry establishment can be forgiven for feeling a bit down in the dumps lately. Between 2019 and 2021, UK car production plummeted by a painful 34 per cent. And over the same tumultuous two-year period, sales at UK showrooms slumped by almost as much.

Now the Society of Motor Manufacturers and Traders (SMMT) is making a lot of noise about what it considers to be another downer – Britain’s “first consecutive annual decrease in car ownership” since the First World War. All this sounds bad, but how bad, exactly? Er, not bad at all, I’d argue. Here’s why:

In 2019, a tad over 35 million cars were owned by individuals, companies and other organisations in the UK. And by 2021 the number remained at, er, 35m-plus. So what’s the problem? True, there was a minuscule (less than half of one per cent) dip in the number of cars owned here in ’21 versus ’19. But a reduction of such minor magnitude is irrelevant.

So let’s celebrate the fact that we’re maintaining our impressive ratio of at least one car for every two people in Britain. Put another way, there’s a car for every active UK licence holder here. The balance has been struck; it’s about right and long may it continue.

That said, increasingly tight roads, parking spaces and buying budgets mean the majority of cars we’re choosing are lower-end models. It hurts me to say this, but traditional luxury saloons built by the likes of Jaguar have lately been purchased and owned in desperately small numbers. 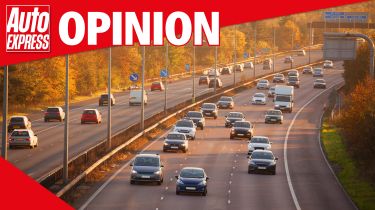 The equivalent figures for specialist sports car manufacturers and firms making what the SMMT describes as ‘executive’ models aren’t much healthier. But on a more positive note, the opposite is true for SUVs, which we just can’t get enough of.

A clear trend emerges here. The vehicles that the majority of Brits choose are either entry-level affordable runabouts (such as the Hyundai i10) or superminis (Ford Fiesta), lower-spec family hatchbacks (VW Golf) plus a token handful of premium, mid-sized models (BMW 3 Series). Add those popular small to medium SUVs (Kia Sportage and the like) to the mix and we end up with the cars for the motoring masses.

The SMMT’s figures prove that, in general, impressive pure-EVs such as Teslas and Porsche Taycans are bought by business buyers. But at the top of the shopping list for private motorists are petrol-engined small cars, such as the MINI hatch, VW Polo and Toyota Yaris. All are borderline premium, tried and tested, reasonably priced (circa £20k) cars.

Conversely, the just-launched, pure-electric Ora Funky Cat supermini is – to my eyes at least – less classy, and certainly untried or tested. At well over £30,000, it’s not cheap, either. At least its maker, the Great Wall Motor Company, confesses that “we’ve had to reassess our launch strategy, initial line-up and pricing”. I may not be the target market for this newcomer, but surely the Funky Cat needs more help than that? I’d recommend a redesign of its almost comical exterior, for starters. Maybe it’s just me, but not since the Pontiac Aztek have I seen a car as cosmetically challenged as this.

What’s your view on UK car ownership levels? What does the future hold? Have your say in the comments…