Average petrol and diesel pump prices in the UK have hit new record highs yet again, with the Government still being urged to help ease the burden on drivers.

Petrol now costs an average of 183.16p per litre, while diesel is 188.82p per litre. Many fuel stations, particularly those on motorways, are charging more than £2 per litre for the fuels.

The news comes just a day after the average cost of filling the 55-litre fuel tank of a typical family car with unleaded has exceeded £100 for the first time.

The Government cut fuel duty by 5p per litre back in March, but retailers pocketed 4p of this saving on average. Despite this, and the fact prices have risen much further since then, the Treasury has so far refused to help drivers further, despite calls for fuel duty to be cut further and for VAT on fuel to be reduced.

Speaking to Auto Express, a Treasury spokesman denied there was a VAT windfall at all, because while VAT receipts from fuel are up, the overall VAT take is down due to reduced consumer spending on other goods and services.

RAC fuel spokesman Simon Williams said: “It’s becoming clearer by the day that the Government must take further action to reduce the enormous financial burden on drivers. But based on statements given yesterday it seems fixated on ensuring retailers are passing on March’s 5p duty cut fully.

“In doing so, the Government is ignoring the fact that wholesale costs of fuel have absolutely rocketed since then with petrol having gone up 24 per cent, or around 30p per litre, and it’s these higher costs that are driving the current increases at the pumps. The Government needs to recognise that the 5p duty cut is therefore a drop in the ocean and more needs to be done now to support drivers who are feeling the pain every time they go to fill up their cars.

“It should also not be forgotten that as fuel prices continue to rise, so does the amount the Government makes in VAT. The 5p the chancellor gave away in his duty cut in March has already been replaced by the 5p extra he is now making in extra VAT following the invasion of Ukraine just a month earlier. A temporary cut in VAT on fuel, or a deeper duty cut, are surely what is needed now.”

Analysis by the AA indicates that the high price of fuel is siphoning £23 million per day from other consumer spending. The organisation’s president, Edmund King, said: “High streets are already reeling from families cutting back in this cost of living crisis. With soaring petrol costs, shop tills are haemorrhaging £23 million a day to fuel.

“Worse still, as the holiday season approaches, UK tourism will see millions of pounds of potential spending by visitors lost to higher petrol costs at forecourts along the way.” 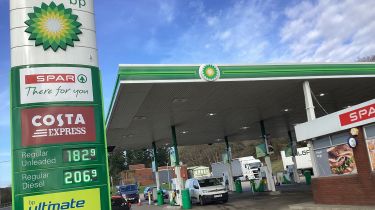 Ferrari’s most powerful, complex and fastest road car to date loses none [..]