Outlining its plans until 2025, Cupra has revealed three new vehicles in three new segments. Two new all-electric cars will be joining the Cupra range in the form of the UrbanRebel electric hatchback and the Tavascan electric SUV – and now a new plug-in hybrid SUV called Terramar has also been revealed.

The Terramar takes its name from the Autódromo de Sitges-Terramar historic racing circuit around the corner from the brand’s base in Martorell, Barcelona. It’s positioned as a new mid-size SUV, described by Cupra design director Jorge Diez as a 4.5-metre-long SUV with ‘Cupra DNA’ and a ‘driver-oriented cockpit.’ As such, it’s a rival for cars such as the new Alfa Romeo Tonale and Volkswagen Tiguan. 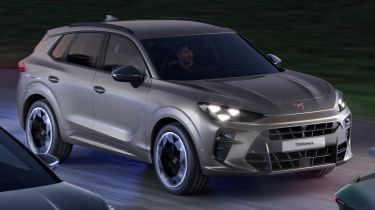 Do you like the look of the Cupra Terramar? Have your say in the comments section below…