With stakeholders from across Africa and Europe, NAMX calls itself an “Afro-European industrial and technological venture”, and aims to accelerate the development of hydrogen fuel cell vehicles with the HUV. The car is a striking coupe-SUV that will enter development in 2023 and two versions will be offered when it goes on sale in late 2025. 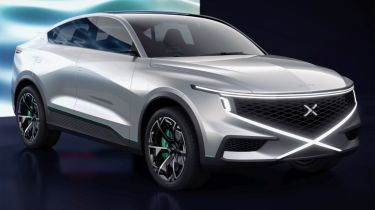 The HUV will utilise a patented removable fuel capsule system, and while NAMX hasn’t detailed exactly how it will work, the innovation aims to make “hydrogen fuel widely available”. The tanks are mounted in the rear of the vehicle and can be swapped in minutes, with a home fuel capsule delivery service in the pipeline.

The HUV is an angular machine, with a sloping coupe-esque roofline and NAMX’s “X” logo appearing on the front grille and stamped along the flanks. There’s an LED light bar across the front end, which extends to an X-shaped running light signature that traces the perimeter of the grille.

Customers can register their interest for the new model on the NAMX website, ahead of the proposed launch in the final quarter of 2025.