Bosses at the world’s biggest car manufacturers have warned that the current supply chain crisis could derail their long term plans to deliver on EV targets. Demand for these types of cars is higher than ever, but shortages in materials such as lithium, which is used in battery production, means car makers simply can’t keep up.

“Many people are now, I think, a bit over-optimistic,” claimed Diess when questioned by the FT about the future rollout of EVs. “We need the energy, we need the charging networks, we need the infrastructure, for sure, we need the cars, but we also need the batteries and the raw materials.”

VW had originally planned to produce 700,000 EVs in 2022, but recently revealed that it had effectively ‘sold out’ of all its EV models in the US and Europe and that it would be unable to produce any more until next year. 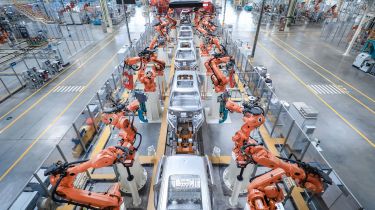 The shortages for Elon Musk’s Tesla are so acute that the billionaire businessman is considering buying a mining company to try and jump the queue for valuable raw materials. Speaking to the FT he said: “There are some raw material constraints that we see coming, in lithium production, probably in about three years, and in cathode production.”

This view was backed up by Stellantis CEO, Carlos Tavares, who reckoned that: “The speed at which everybody is now building manufacturing capacities for batteries is possibly on the edge to be able to support the fast-changing markets in which we are operating”. He then added, “Everybody is going to pour EV vehicles on the market. So what’s next? Where is the clean energy? Where is the charging infrastructure? Where are the raw materials?”

A further knock-on effect of rising raw material costs is that it will take longer for EV vehicles to achieve cost parity with their ICE equivalents. Renault boss Luca de Meo, who claimed that the brand was now unlikely to achieve its target of making its mid-size electric cars for the same price as its petrol and diesel machines by 2025. “The game has changed”, he told the FT. “We have to play by new rules.”