Volkswagen is planning to strengthen its footing in the US with the launch of Scout: a new brand dedicated to electric off-road vehicles and pick-up trucks, TechCrunch reports. Sources indicate that two vehicles are in the pipeline for the brand, both of which aim to tap into North America’s lucrative electric off-roader market.

The sector is currently dominated by Ford, GM and Rivian, with Hummer also relaunching with an electric pick-up truck and SUV. According to TechCrunch’s sources, Scout’s offerings will sit at the more affordable end of the scale, with an all-terrain SUV that could be priced at around $40,000. This will be joined by a pick-up truck that sits in the class below the full-sized Ford F-150 Lightning and Chevrolet Silverado EV.

Notably, these vehicles aren’t tipped to use Volkswagen’s tried and tested MEB electric architecture, and will instead adopt a purpose-built platform for off-road EVs. Renderings shared with TechCrunch from an unnamed source indicate how the two newcomers could look, with both adopting clean, boxy proportions, chunky off-road tyres and a raised ground clearance. The absence of a traditional powertrain has enabled very short overhangs, with the exception of the pick-up’s extended load bay. 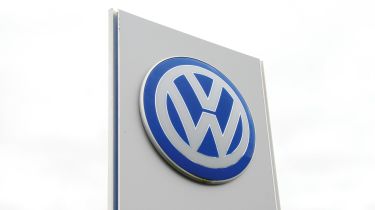 The new vehicles are said to be arriving by 2026, and Volkswagen will initially pledge $100 million to kick start the new brand. The plans form part of Volkswagen’s wider goal to double its EV market share in the US and become the world’s biggest-selling electric vehicle manufacturer by 2025.

Volkswagen obtained naming rights for the Scout brand last year – the nameplate featured on a series of off-roaders built by now-defunct American firm International Harvester until 1980. The new electric models wearing the badge are set to launch in the US initially, although availability in other territories isn’t out of the question.

Now click here to read our review of the Volkswagen ID.5 GTX…