Privately owned e-scooters could be legalised for use on public roads and cycle lanes in the UK, following the Government’s agenda for the next parliamentary year being set out.

Standing in for the Queen at the state opening of parliament, the Prince of Wales read out the Government’s agenda for the next year. He said: “Her Majesty’s Government will improve transport across the United Kingdom, delivering safer, cleaner services and enabling more innovations.”

It’s possible that the pledge to enable more innovations could refer to the legalisation of private e-scooter use, after transport secretary Grant Shapps previously hinted at a Transport Committee session that the speech would include such an announcement.

At present, only e-scooters operated, registered and insured by authorised rental firms can legally be used on public roads. These scooters require riders to scan a full or provisional UK driving licence in order to unlock them, and include geofencing technology to prevent them being used in inappropriate locations.

Private e-scooters can be purchased legally and used on private land, but the law currently forbids their use on the public highway. Although police often confiscate privately owned e-scooters being used on the road, this does little to discourage many people who continue to illegally ride them.

Data previously acquired by the Major Trauma Group, which comprises legal and health professionals, reveals that NHS ambulance trusts in England, Wales and Northern Ireland were called to 82 per cent more e-scooter accidents in 2021 than in 2020. 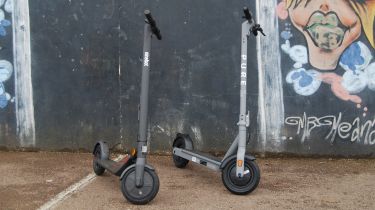 Each ambulance call-out costs the NHS an average of £252, so the increase in e-scooter accidents has driven an increase from £98,784 spent on ambulances being called to the scene to £179,676 in one year.

Martin Usher, partner in the personal injury team at Lime Solicitors, commented: “We need to face the reality that transport is evolving, and micromobility vehicles and e-scooters will be on our roads, for better or worse.

“Legalisation presents the significant opportunity to enforce tighter safety regulations for private e-scooters, and to improve education to ensure that all road users have access to safe, green transport.”

Edmund King, president of the AA, added: “With e-scooters and other forms of micro-mobility popping up more frequently on UK roads, it makes sense that safety regulation should come first. If introduced alongside appropriate infrastructure, e-mobility could help provide a positive shift in greener localised travel both for individuals and last-mile freight.”

What are your thoughts on e-scooters? Let us know in the comments…