The new Honda SUV first confirmed in March now has a name: ZR-V. The all-new model will sit alongside the HR-V, CR-V and e:Ny1, and is set to occupy the C-segment SUV sector. It’ll rival cars such as the Toyota RAV4, Nissan Qashqai and Kia Sportage, and arrives in Europe in 2023.

The model was originally announced at a preview of the upcoming e:Ny1 Prototype, which will be made available as a full EV. Unlike that car, the ZR-V will be hybrid-only because Honda says it believes hybrid power still has a part to play in reducing CO2 emissions and helping customers transition to zero-emissions driving.

While revealing the name of the new car, Honda also noted that it will use an ‘e:HEV’ powertrain. This branding is used for systems with an internal combustion engine used primarily as a generator to power twin electric motors, but also directly drive the front wheels under hard acceleration.

It’s unclear which version the ZR-V will receive – the Civic e:HEV uses a 2.0-litre, four-cylinder-based petrol engine set-up that develops 181bhp and 315Nm of torque, while the Jazz and HR-V switch to a 1.5-litre four-pot for up to 129bhp and 253Nm.

Inside, we’re likely to see Honda’s 10.2-inch digital dial display along with a nine-inch touchscreen and 12-speaker Bose sound system for top-spec models. 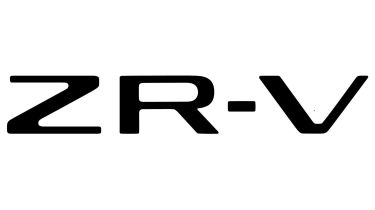 In a press release, Honda said: “With further electrified SUV models set to follow, the ZR-V marks an important evolution in the Honda line up, with the brand concentrating even further on this rapidly growing segment.”

Speaking earlier this year, Honda Motor Europe Senior vice-president Tom Gardner said: “In 2023 Honda will further expand the availability of our e:HEV full hybrid technology with the launch of an all-new C-segment SUV.

“Sitting alongside Honda’s existing HR-V and CR-V and the all-new e:NY1, this car will provide a compelling option for those customers looking for a sporty, dynamic, full-hybrid option.”

A pair of sketches depict the new SUV with some typical Honda design features such as the sleek headlights and curvy rear light that look similar to the new Civic’s. The front grille is a departure from modern Honda design and there are some sporty side vents and wide arches to accentuate the car’s stance. At the rear there are no vents and only a small spoiler corresponding with the overall unfussy look.

We can expect pricing for the Honda ZR-V to start from around £30,000 in order for it to slide between the HR-V and all-new CR-V.