UK new car sales down 15.8 per cent in April

That’s notwithstanding the fact that showrooms were open for all of April 2022, after being partially shuttered due to Covid in April 2021. According to the Society of Manufacturers and Traders (SMMT) which compiles the data, it’s fleets who have been hit hardest by the stock shortages, and corporate sales were down in April by more than a third.

That’s because high retail consumer demand meant manufacturers and dealers targeted the majority of the cars available at private buyers, who typically provide better margins. As a result, the private new car market saw a slight increase in April – sales were up 4.8 per cent. 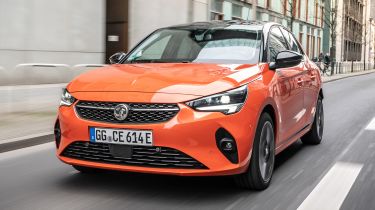 As expected battery electric vehicles (BEVs) continue to make significant sales inroads, with close to 13,000 zero-emissions vehicles registered in April. That’s up 40.9 per cent on April 2021, giving BEVs a 10.8 per cent share of the new car market. Hybrid registrations rose by 18.3 per cent, but interestingly plug-in hybrid (PHEV) registrations dropped by a third.

The SMMT says the tough economic outlook and ongoing global uncertainties around the war in Ukraine have caused it to lower its expectations for whole-year sales in 2022. It’s now suggesting the annual total will be 1.72m new cars, compared to the 1.89m it predicted in January.

That’s still up by around 4.5 per cent on 2021 sales, and the SMMT reckons plug-in cars will account for more than a quarter of sales this year overall.

Thinking of buying an electric, petrol or hybrid car? Read our buying guide to help you along the way…