“All used cars need love, care and a yearly MoT”

We thought we’d heard the last of Government plans to move to a biennial MoT for cars more than three years old. However, it’s been widely reported that the idea was raised again at a recent Cabinet meeting as part of ideas to ease the cost-of-living crisis.

While the sentiment is welcome, the idea is not. How about addressing the cost of fuel first rather than rekindling an idea that was previously dismissed on safety grounds? Because those grounds still exist.

Moving to MoTs every two years may well increase maintenance costs, according to the AA, while it will also hit the garage trade hard, which relies on remedial work on the nearly one third of all cars that fail their MoTs.

In times of hardship, car owners may well not have their cars serviced as regularly as usual, making the MoT test even more vital to ensure vehicles are roadworthy.

Let’s hope this bonkers idea goes the way it usually does when it’s brought up – into the bin! 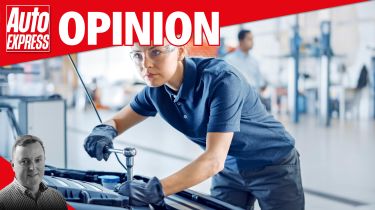 Meanwhile, used cars are always worthy of celebration, and that’s exactly what we’re doing in this special issue as we run down some of the most desirable second-hand models you can buy – if you can find them!

The used market is in a peculiar place right now, with prices for quite mundane models still rising. But buy some of the more collectable cars on our list and you could find yourself the owner of a real investment – something that will keep going up in value and, when you drive it, will make you feel like James Bond.

Age need not be a barrier, either – and we’re talking about the cars here. There are a growing number of fan groups for pretty much every model that will help you keep your car in tip-top shape for not much cash.

And there are loads of specialist garages, like the one I’m just about to collect my Jeep Cherokee from. It’s had a thorough overhaul and I can’t wait to get it back – complete with another year’s MoT for added peace of mind.

Click here for more information on MoT tests in the UK…