Audi and Porsche will enter Formula One

After years of speculation, the VW Group is finally joining Formula One with Porsche planning on partnering with Red Bull and Audi also looking to collaborate with an existing team.

The chief executive of Volkswagen, Herbert Diess, said on Monday at an event in Wolfsburg that; “you just run out of arguments”. His implication was that the group has run out of reasons not to move into F1 and that to compete in the series would bring greater benefits than staying out of it.

Porsche’s plan to enter Formula One seems to hinge on linking up with Red Bull as an engine manufacturer, potentially renaming the team Red Bull Porsche. 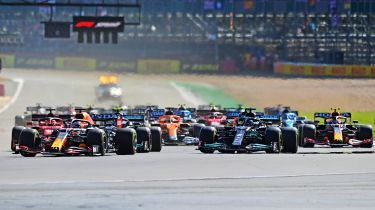 Audi’s plan seems to be less concrete. There have been murmerings for a few years now and reports of the firm joining McLaren last year have been denied by both brands. Both Audi and Porsche have plenty of experience in various degrees of motorsport, and there should be plenty of teams eager to benefit from the backing of VW Group, not least AlphaTauri which is owned by Red Bull and currently uses a Red Bull engine.

Engine regulation changes from 2026 will see powertrains run on fully sustainable fuels. This has been reported as a non-negotiable requirement for VW Group and especially Porsche – who have been investing heavily in synthetic fuels.

Check out our highlights of the 2021 motorsport calendar here