The Ford Fiesta is undergoing a streamlining process with the supermini losing its three-door bodystyle as well as van versions.

Ford has already removed the three-door versions from its online price lists, but existing orders of three-door Fiestas will be completed, with production at the Fiesta plant in Cologne, Germany set to end this summer.

A spokesman for the company said: “Ford is simplifying the Fiesta line-up by focusing on series, packs, and features that customers want – and discontinuing the ones that are less in demand. Fiesta will continue to be offered as ST-Line, ST,  Active, Titanium and Trend.” 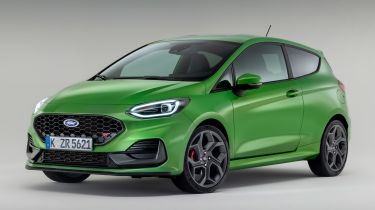 2022 hasn’t looked much brighter for the Fiesta, with it still missing out on Britain’s top 10 best-selling cars. The move to end three-door Fiesta production shouldn’t come as much of a shock with plenty of other popular superminis moving to five-door only body styles – such as the Volkswagen Polo, Renault Clio, Peugeot 208 and Vauxhall Corsa.

The future of the Fiesta as a whole could also be in doubt with Ford turning its Cologne production hub into a major electric vehicle manufacturing base – where the brand will build new electric SUVs in the shape of a mid-sized model and a sportier crossover.