The popular Citroen Grand C4 SpaceTourer will bow out this year with the French firm confirming production of the MPV will end in July.

Citroen has also said it is focusing more on SUVs, but will continue with van-based MPVs in the shape of the e-Berlingo and e-Spacetourer.

Pitched as a rival to the Ford Galaxy and Renault Grand Scenic, the seven-seat Grand C4 Picasso was first revealed at the 2006 Paris Motor Show. It hit the market the same year, alongside the C4 Picasso. The first-generation model was designed by Donato Coco, an Italian car designer who later penned the Ferrari 458. A facelifted Grand C4 Picasso was launched in 2011. 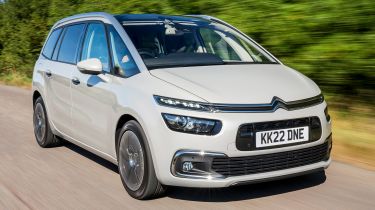 In 2013, we saw the introduction of the second-generation C4 Grand Picasso, which was later renamed C4 SpaceTourer as part of a mid-life refresh.