The extremist action group Just Stop Oil says it has temporarily suspended its occupations of oil terminals in the UK, giving the government an ultimatum to announce an end to new fossil fuel developments.

Activists delivered a letter to 10 Downing Street this week, claiming that unless the government “halts all future licensing and consents for the exploration, development and production of fossil fuels in the UK”, they would be left with no option but to escalate what they describe as a “campaign of civil resistance”.

Just Stop Oil’s campaign to disrupt the UK’s petrol and diesel supplies started on 1 April, and continued until Easter. Following a spate of petrol station closures and ongoing reports of supply problems at filling stations around the country, the group said yesterday it would give the government a week to respond to its demands – a deadline that runs out on 25 April.

While the government and fuel distributors have previously attempted to keep a lid on the scale of problems, in a bid to prevent panic buying of the sort we’ve seen before, there’s no doubt the latest protests have caused significant disruption to drivers. At one point in April it was being reported that one-in-three filling stations had run dry, and any future escalation will likely seek to create even more disruption for drivers and wider society.

Dan Wootton, spokesman for the Campaign for Fair Fuel reflected the view of many drivers when he called the group “eco-terrorists wreaking havoc on society”. Speaking on GB radio recently he called for the police and authorities to do more, as they appeared to “shrug off” the impact of the protests.

Just Stop Oil claims that over 400 people have participated in recent actions to halt operations at critical supply depots, and which successfully halted operations for up to 24 hours at a time. There have been hundreds of arrests, with five protesters held on remand over Easter accused of breaching court injunctions.

Many drivers have expressed outrage about the protests and resultant filling station closures on social media, while the Essex Constabulary’s deputy chief constable told the Daily Mail before Easter that policing the protests had already cost in excess of £1 million. He wants the oil industry to provide more on site security in order that protestors can be dealt with more swiftly in future.

Priti Patel the UK Home Secretary said: “Hard-working people across our country are seeing their lives brought to a standstill by selfish, fanatical and frankly dangerous so-called activists.

“Keir Starmer’s Labour Party repeatedly voted against our proposals that would have given the police extra powers to deal with this eco mob. The police have my full backing in doing everything necessary to address this public nuisance.”

Patel was making a reference to Labour’s refusal to support the Police, Crime, Sentencing and Courts Bill, but that proposed legislation has in fact attracted cross-party opposition in the House of Lords, due to what some see as the creation of new and draconian police powers to curb protests of all kinds. 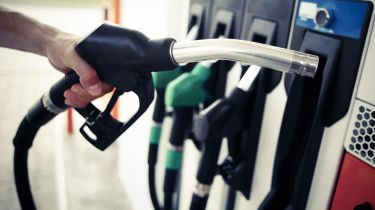 While UK fuel prices have rocketed following Russia’s war on Ukraine, we’ve so far been spared fuel shortages at UK petrol and diesel pumps as a direct result of that action. In a move to try and guarantee supplies as the conflict continues, UK prime minister Boris Johnson met OPEC ministers recently, while US president Joe Biden also announced measures to increase supplies from the country’s Strategic Petroleum Reserve.

As the Ukrainian crisis continues, the spectre of diesel rationing has been raised by some in the oil industry. Analysts who were quizzed on 14 March by MPs from the Treasury select committee included Dr Amrita Sen from research company Energy Aspects. She said its experts thought the oil price could easily rise by 50 per cent and, without any intervention by the government in the form of reduced fuel duty, that could mean petrol prices going up to £2.40 a litre.