‘BP and P&O face a backlash from customers’

As crazy as this sounds, I sometimes wonder if some greedy firms in and around the car world are hell-bent on committing corporate suicide.

I’m talking here about a handful of companies who first spend years (sometimes decades) and untold millions (occasionally billions) trying to attract consumers. Then – after they’ve gained access to our custom, cash and cars – they often spoil it all by treating us with the disrespect we really don’t deserve.

At best, it’s complacency and laziness on their part. At worst, it’s arrogance and utter contempt. Either way, some firms out there seem perilously close to pressing their respective self-destruct buttons as they rip off or seriously alienate the very clients they fought so hard to win in the first place.

I know all this because I’m one of a growing army of miffed consumers feeling woefully let down by a few firms who’ve either tried to overcharge us, provide lousy service or offer no service at all.

Enough is enough. Such companies give me no choice but to take my spending power elsewhere. Not that I’m alone. I see and hear evidence from other fed-up motorists that they’re doing the same.

A good example of what I’m talking about is a BP forecourt where I used to buy reasonably priced fuel on the coastbound A2 on the way to cricket in Canterbury, or a ferry at Dover. Then, in mid-March, the garage quietly introduced pump prices of up to 222.9p a litre/£10.13 a gallon. Guess what? Paying customers deserted the wretched place. 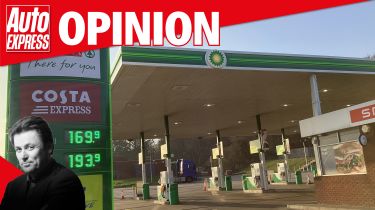 Even when it realised the error of its ways and dropped prices a bit (but not enough) at the end of the month, we – the paying punters – continued to stay away. Last time I and my camera checked, on a busy weekday afternoon when there were plenty of vehicles around, the forecourt didn’t have a single driver purchasing petrol or diesel.

We all took our business elsewhere. And that’s the way it should be when faced with rip-off prices at the pumps, or at EV chargepoints, car parks, vehicle sales and service centres, or from car insurance companies. If firms fail to understand the concept of fair pricing and customer loyalty, you know what you’ve got to do: give ’em a wide berth, spend your money with rival firms keener to look after you and appreciate your custom.

Time will tell if consumers forgive BP and its retail network for greedy and shameful overpricing at some petrol and diesel pumps in recent weeks. Forgive and forget? Not me.

But the customer backlash that BP faces is nothing compared with the debacle that P&O Ferries has created for itself. CEO Pete Hebblethwaite admitted that his firm broke the law during a shambolic exercise that culminated in the dumping of hundreds of proper, fairly paid seafarers and the instant cack-handed attempt to replace them with shockingly low-paid foreign workers. The entire episode has been a bloody disgrace.

I’ve been a loyal P&O customer for decades. But I and my cars will only travel aboard the company’s cross-channel ferries again if those ‘redundant’ but innocent seafarers are reinstated and the unctuous ‘Pirate Pete’ walks the plank.