Renault has refreshed the Clio and Captur line-ups for 2022, introducing new trim levels, extra equipment and a new hybrid powertrain option for the Clio.

Both line-ups now begin with Evolution trim, which in the Clio gains a new seven-inch TFT instrument cluster compared with the Iconic Edition model it replaces. Evolution versions of the Captur come with two additions over the outgoing Iconic Edition version of the brand’s entry-level SUV: 17-inch diamond-cut alloy wheels, plus automatic air-conditioning.

Techno is the new mid-range option, replacing SE Edition, but again the spec list is carried over, with one or two small design changes. For Clio Techno models, tinted rear windows have been added, along with chrome detailing on the window surrounds and door panels. A new shark fin antenna has been fitted, while inside the Clio Techno features grey accents on the door panels and dashboard, plus refreshed interior upholstery with dark grey pinstriping. The Captur gets an ‘enhanced exterior’ with the addition of a shark fin antenna. 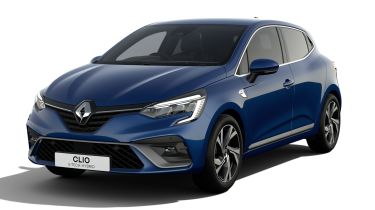 Sporty R.S Line completes the line-up as before, but with a new 10-inch TFT instrument cluster now fitted as standard on both cars.

The Clio is offered with an updated hybrid drivetrain. The E-Tech 145 set-up still makes use of a 1.6-litre petrol engine and a small battery and motor system, but power now stands at 143bhp, with CO2 from 96g/km. There are no mechanical changes for the Captur.

The 2022 Clio is on sale now, with prices starting from £18,795 for the Evolution model with Renault’s TCe 90 three-cylinder petrol engine. The new-look Captur line-up begins from £22,195, although the Evolution model remains the only version of the Captur that isn’t available with plug-in hybrid power.