The Driver and Vehicle Licensing Agency (DVLA) has released its latest list of registrations that are too rude for the road, this time for the 22-plate.

Any British war hawks may be disappointed to find that GO22 WAR isn’t allowed, while anyone with a foul mouth won’t be allowed swearing-related combinations such as F22 CKK and BA22 ARD.

Once again, registrations referring to Covid-19 – including CO22 RNA, CO22 VD and CO22 ONA – are forbidden, as are those referring to drugs, such as HA22 SH and G22 NJA. 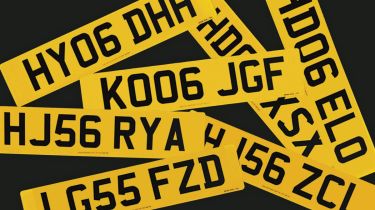 The list, which was sent to Auto Express following a Freedom of Information request, also includes combinations like BL22 JOB, PU22 SAY and TO22 SER.

Some serious thought goes into deciding which number plates need to go on the DVLA’s list of suppressed registrations. Twice a year, the public body tasks its best and brightest with finding every combination of the newly released format that shouldn’t see the light of day.

The criteria for plates to be banned is if they “may cause offence, embarrassment or are in poor taste”. The DVLA points out that it’s only a small minority of combinations that end up on the suppressed list, with the vast majority of registrations being publicly available.

The full list of banned plates can be found below, but be warned that some readers may find a number of the included registrations offensive or distasteful.