What Rishi Sunak said to motorists on Spring Statement Day was just fine. Chancellors rarely cut duty rates on petrol and diesel. So for him to bite the bullet and reduce it by 5p per litre (23p a gallon) was certainly helpful.

At least Sunak is willing to talk cars, drivers, pump prices and the like. Transport Secretary Grant Shapps rarely does. Private cars and drivers are almost taboo for a man who prefers talk of buses, trains and bicycles – used daily by a minority.

That said, it’s the topics that Rishi Sunak didn’t address in his statement last week that are of far greater long-term significance than his 5p cut in duty. True, prices at the pumps probably rank as the major motoring concern, and via his still-colossal fuel taxes, he plays a bigger part in them than anyone. But so too do the global oil and fuel-retailing giants and, during a time of crisis caused by Russia’s war against Ukraine, some have blatantly tried to cash in.

Maybe it’s time for the Chancellor and his colleagues to hit offending oil majors where it hurts – in their corporate pockets. More appropriate (i.e. higher) levels of taxation are a must for such big, consumer-unfriendly, obscenely profitable businesses. As is new legislation to simply prevent them from profiteering if they again impose unreasonably large price hikes at the pumps. 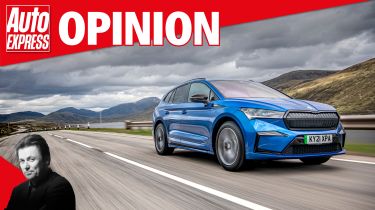 Think about it. The Government has a price-cap system when it comes to residents buying essential energy for their homes. So why not impose a similar capping system on oil companies and retailers in order to prevent their cynical profiteering? Unless a new law says they can’t financially exploit tens of millions of drivers who are part of a captive and occasionally desperate audience, the £5 litre or £20 gallon might not be that far away, I fear. That will price many motorists off the road.

Another thing the chancellor could have and should have done in his statement is tell current and would-be drivers of EVs how their fuel of choice – electricity – will be taxed by HM Treasury in the near, medium and long-term future. Rumour has it that rather than taxes and duties being imposed on the energy itself, drivers of EVs will instead pay road tolls of pennies or pounds per mile. If that’s the case, he should have at least started to spell out his initial ideas when he made his statement. Had he done so, he’d have helped bring a bit of much-needed certainty and stability to the car-buying marketplace.

Or maybe he, like me, would prefer something other than a wretched toll-road system. A far better option would be two electricity tariffs: there could be one (lower) price for consumers who plug in appliances to boil water, light their homes and the like. Then there could be another (higher) price for drivers who plug in appliances commonly known as EVs. Just as drivers of ICE vehicles are taxed at the pumps, EV drivers will be taxed at the meter.  Simple. We pay car user-related taxes. HM Treasury receives them. Britain doesn’t get the nationwide tolling system that road users don’t deserve. A comprehensive and disruptive toll road ‘system’ in Blighty would be the motoring mistake of the century.