Spring budget 2022: what’s Rishi Sunak got in store for motorists?

Cash-strapped drivers now paying £100 to fill up a family car are ramping up the pressure on Rishi Sunak to throw them a financial lifeline when the Chancellor delivers his Budget statement on Wednesday 23 March.

Record fuel prices in the wake of the Russian invasion of Ukraine have come at a time when inflation is at its highest for three decades and there are imminent rises to National Insurance planned.

While many struggle to run a car, others – such as district nurses who rely on their own cars for work – are having to subside the now-insufficient mileage rates offered by their employers.

So what are Rishi Sunak’s options to ease the pain for drivers on 23 March?

The government levies 58p a litre in duty which has been frozen since 2011. Despite the freeze, which it is estimated has saved drivers £15 every time they fill up, the duty still nets the government £27 billion a year, according to the RAC.

Calls for a temporary cut in the duty have come from all corners of the UK economy. They follow ‘crisis discounts’ that have been either already implemented or planned by countries including France, Sweden, the Netherlands and Germany.

Most recently the Republic of Ireland has cut its fuel duty rates by the equivalent of 17p a litre for petrol and 12.5p for diesel, until the end of August.

Any cut would come at a huge cost to the economy. It is estimated that to follow Ireland’s example would put a £3bn hole in the UK finances. However, almost that exact amount – £2.9 billion – is what an analysis for The Times suggests Rishi Sunak will make from motorists in extra VAT on the record pump prices.

The most-heard rationale for not introducing a temporary cut is that oil prices are volatile and, with a barrel of crude now below $100 again after hitting a 14-year high earlier this month, reductions in pump prices will soon follow.

The second option to lower pump prices is for a cut in the rate of VAT. It is currently 20 per cent and payable on the oil price plus the fuel duty, so is a tax on a tax. Many around the country, including hard-hit hauliers, are calling for an immediate five per cent reduction.

The RAC says that motorists are paying 7p more in VAT alone for every litre of petrol bought than they were in 2019. In that pre-lockdown year, the average cost of a litre was £1.25 for petrol and £1.31 for diesel, while in recent days it has hit unprecedented highs of £1.63 and £1.73.

It is this galloping increase that has led to HM Treasury’s VAT windfall, boosting revenue of £10bn a year by an additional £2.9bn. For that to happen though demand needs to stay at 2019 levels, around 46bn litres a year. 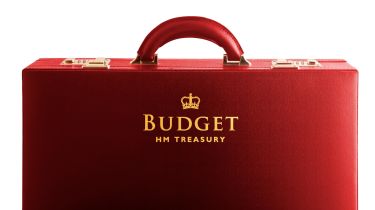 Another possible VAT cut is that on electricity at public charging points, currently 20 per cent. The Society of Motor Manufacturers and Traders is calling for the rate to be made the same as the five per cent changed on domestic electricity.

Opponents to a VAT cut say such a move is unlikely because once made, reinstating the tax rate in six months’ time would be problematic because of the public outcry it would cause.

The pump price spike has been a particular problem for people who are paid a mileage rate to use their own car for work, including many doing vital work in the NHS.

The rate nurses get paid can vary but generally is up to 56p per mile for the first 3,500 miles and then 20p for each additional mile, rates which have not changed since July 2014.

With costs now outstripping payment in many cases, district and community nurses are having to pay out of their own pockets in order to stay on the road.

The Royal College of Nursing (RCN) has estimated nine out of 10 nurses have to pay out. “The nursing workforce travelling to deliver nursing care cannot afford to subsidise the NHS,” says the RCN, which is calling for an immediate additional payment and a bringing forward of the mileage rate review.

The RCN says that unless the Chancellor does act, patient care will suffer. Will that be enough for him to hike mileage rates?

The motor industry body SMMT is asking the Chancellor to extend the “vital” grants given for homeowners to install electric charging points, which are due to come to an end in April. SMMT wants to see the scheme, along with a similar one for businesses, extended beyond 2025 “to ensure EV uptake remains on track to meet government’s net zero deadlines.”

Installing a home charge point is a hidden cost in buying a new electric car –  and with plug-in cars making up a quarter of all new car sales in February now would not be a good time to take away the funding.