As Russia’s invasion of Ukraine continues to threaten the global oil market, the International Energy Agency has proposed a 10-point plan designed to lower global demand and reduce the potential for extreme price hikes.

If fully implemented by advanced economies, the IEA claims the plan’s measures would lower oil demand by 2.7 million barrels a day within four months – equivalent to the oil demand of all the cars in China.

“This would significantly reduce potential strains at a time when a large amount of Russian supplies may no longer reach the market and the peak demand season of July and August is approaching. The measures would have an even greater effect if adopted in part or in full in emerging economies as well,” the organisation said. The proposals would potentially have a significant impact on drivers, as it suggests car free Sundays, alternating the days different motorists can drive into cities, and reducing speed limits.

“As a result of Russia’s appalling aggression against Ukraine, the world may well be facing its biggest oil supply shock in decades, with huge implications for our economies and societies,” said IEA Executive Director Fatih Birol, who launched the plan at a news conference with Barbara Pompili, the Minister for the Ecological Transition of France, which currently holds the Presidency of the European Union.

“IEA Member Countries have already stepped in to support the global economy with an initial release of millions of barrels of emergency oil stocks, but we can also take action on demand to avoid the risk of a crippling oil crunch,” Dr Birol said. “Our 10-Point Plan shows this can be done through measures that have already been tested and proven in multiple countries.”

Impact*: Saves around 290 kb/d of oil use from cars, and an additional 140 kb/d from trucks 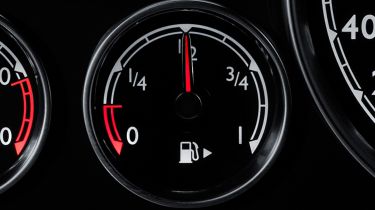 Impact: Every Sunday saves around 380 kb/d; one Sunday a month saves 95 kb/d

Would you like to see the UK adopt any of the measures in the IEA’s 10-point plan? Let us know in the comments