Official: Porsche Boxster and Cayman will go electric by 2025

Porsche has announced its next mid-engined 718 Cayman and Boxster sports car will ditch internal combustion engines for pure-electric power by the middle of this decade.

Following on from the Taycan and the forthcoming Macan EV set to launch next year, the future electric Cayman and Boxster will join the brand’s other full EVs. However, the new sports coupe and cabriolet will be based on a new bespoke electric-car platform adapted from Porsche’s Mission R concept. 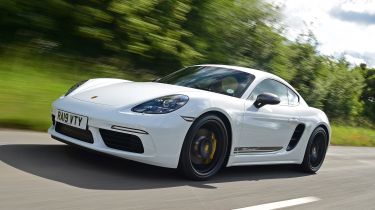 Speaking at Porsche’s business update, CEO Oliver Blume, said “Mission R will be an inspiration for the series of our 718 mid-engined sports car. In the middle of the decade, we want to electrify this series. We want to make the 718 series exclusively electric.”