Volvo is recalling 2.2 million cars globally due to a securing cable that can suffer fatigue, weakening the action of the seatbelts.

Volvo says that instances of the fault manifesting are “extremely rare”, but that “in extreme cases, damage to the cable, which is located in a rubber sleeve on the outside of the seats, could result in reduced seat belt restraint function.”

Volvo has received no reports from anywhere in the world of accidents or injuries caused by the fault. The firm added: “We apologise for the inconvenience caused to our customers, and are grateful for their cooperation as we look to perform this precautionary action.”

The Swedish firm, now owned by Chinese car maker Geely, actually invented the three-pointed seat belt in 1959 under the guidance of engineer Nils Bohlin, famously making the patent open so other firms could fit the life-saving device at cost price. Such a large recall for so fundamental a safety feature will, therefore, be all the more embarrassing for Volvo. It shows, however, that recalls are a part and parcel of the automotive industry and that no car maker is immune from.

This seatbelt recall follows a similar action for half a million Volvos in July last year due to a plastic intake manifold, which could melt and pose a fire risk. Both of these campaigns pale into insignificance, however, when compared to the Takata airbag scandal, a recall that affects around 60 million cars worldwide, and was caused by poorly manufactured airbag detonators, which have the potential to fire shrapnel at occupants’ necks and faces – although the issue mainly occurs in warm climates. 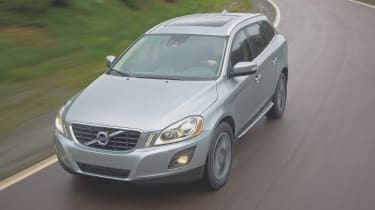 Has your car been affected by a recall? Tells about it in the comments…