Nissan’s Sunderland plant will not be affected by the manufacturer’s plans to cut 20 per cent of its global production capacity, it has been confirmed.

As such, the firm has announced a set of recovery plans, which include reducing production capacity by 20 per cent to 5.4 million units per year. In spite of this, Nissan’s plant in Sunderland will retain its position as the company’s European production base.

With Sunderland leading Nissan’s European production, the firm will shut down its plant in Barcelona. In addition, the company’s manufacturing operations in Indonesia will also come to an end – Nissan will instead concentrate its production for south-east Asian countries in Thailand.

The plans also include increasing every factory’s utilisation rate – which represents a plant’s actual output as a percentage of its maximum capacity – to 80 per cent. There are also plans to increase the brand’s presence in the electric car market, as well as for members of the Renault-Nissan-Mitsubishi Alliance to “share resources, including production, models and technologies”.

Makoto Uchida, CEO of Nissan, said: “Our transformation plan aims to ensure steady growth instead of excessive sales expansion. We will now concentrate on our core competencies and enhancing the quality of our business, while maintaining financial discipline and focusing on net revenue per unit to achieve profitability. This coincides with the restoration of a culture defined by ‘Nissan-ness’ for a new era. 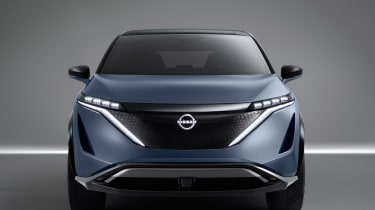 “Nissan must deliver value for customers around the world. To do this, we must make breakthroughs in the products, technologies and markets where we are competitive. This is Nissan's DNA. In this new era, Nissan remains people-focused, to deliver technologies for all people and to continue addressing challenges as only Nissan can.”

A total of 12 new cars are promised around global markets in the next 18 months, with some heading to Europe. But the company will prioritise growth in North America, China and Japan. Nissan has confirmed it will focus on C and D-segment family cars, electric vehicles and sports cars with the new Z model. New versions of the X-Trail and Qashqai SUV are part of the plan.

B-segment vehicles are not mentioned in the plan, calling to question the future of the Micra supermini beyond this generation. Overall the company’s product portfolio will shrink by 20 per cent, from 69 models at present to fewer than 55.

Beyond Europe, the firm will leave the South Korean market and will remove the budget Datsun sub-brand from Russia.

Expanding the company’s electric and hybrid vehicle line-up is another essential aspect of the plan. Nissan expects to sell one million electrified cars a year by 2023. In its home Japanese market, it will launch two additional electric vehicles and four more e-POWER hybrid models, with the aim of turning Japanese sales 60 per cent electrified.