Thanks to new data, we now have an updated picture of the car makes and models with the best MoT pass rates. Plus, the cars that are most likely to fail the MoT test.

The Honda Jazz is the car most likely to successfully make it through its MoT test, with a pass rate of 95.4 per cent, followed by the Honda CR-V with a 93.4 per cent pass rate and the Toyota Prius on 93.1 per cent. Fourth and fifth place go to the Mercedes GLA (92.8 per cent) and Toyota RAV4 (92.7 per cent) respectively.

The figures come from newly-released Department for Transport data covering MoT tests in 2019, which has been analysed by car insurance firm By Miles. Models of car where less than 10,000 examples were tested throughout the year have been excluded. Plus, only cars aged between three and five years are included. 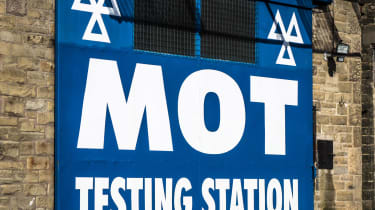 This is how likely individual makes and models of car are to pass their MoT tests, according to official Department for Transport figures.

Makes of car were also included in the results – only manufacturers with more than 10,000 cars tested for the year were included, with the exception of Alfa Romeo, Subaru and Tesla. Lexus and Honda were the most reliable brands, while Renault and Citroen brought up the rear.

Turquoise cars were more likely to pass their MoT test than cars of any other colour, with a success rate of 92.3 per cent. In addition, hybrids had a higher chance of passing than any other fuel type, followed by petrol, then electric and lastly diesel.

The best day to take your car for an MoT is Sunday, the figures show, while the day your car is least likely to pass is Monday. By Miles also anticipated that British drivers would cover an average of 6,970 miles during 2020, but the coronavirus lockdown has reduced the predicted figure to 5,960.

Are you surprised by the MoT best and worst list? Let us know in the comments below…