Citroen has launched a new special edition version of the C3 Aircross, with a handful of cosmetic upgrades inspired by the Australian surfwear brand, RipCurl. It’s on sale in the UK now, priced from £21,610, with first deliveries expected to arrive in July. 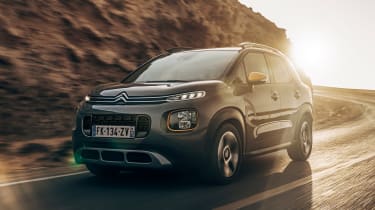 It’s powered by Citroen’s turbocharged 1.2-litre three-cylinder petrol engine, which produces 109bhp and 250Nm of torque. The engine sends drive to the front wheels via a six-speed manual gearbox and offers a 0–62mph time of 10.1 seconds, a top speed of 114mph and WLTP emissions figures of 44.8mpg.

What do you make of the new Citroen C3 Aircross RipCurl? Let us know in the comments section below…