Speaking to ITV News, Ford of Britain boss Andy Barrett said, “It’s Ford’s view that it’s necessary we have stimulus in the market to help customers come back with confidence. That may be a scrappage scheme or something similar. But without a doubt some kind of stimulus is really needed to get the car business moving in the UK again.”

Barrett also feels that stimulus is needed to boost the British economy and to keep factories running. “Without any degree of stimulus there’s no doubt that we can’t keep the factories running on UK demand levels as they are”, he said. “Other countries around Europe are bringing stimulus in so manufacturing and production will move elsewhere.

“What does that mean? It means that actually the UK tax revenues start to drop quicker and we’re now facing quite a large UK bill to pay.”

Auto Express understands that the industry is preparing a number of suggestions to put to government, including grants and a scrappage scheme, but nothing has yet been put forward, nor has there been any indication of support from the government.

When asked about the potential of a UK scrappage scheme, Mike Hawes, SMMT Chief Executive was clear that getting dealers open was the first step on the road to recovery. “People haven’t been able to buy cars or have orders delivered during lockdown so the immediate priority is to reopen showrooms to fulfil this pent up demand,” he said. “The time will come when government may need to assess measures to stimulate consumer confidence but the first step to recovery for this market is to let dealers get back to the business of selling cars, as they can do so safely.”

However, Alison Jones, boss of PSA in the UK, which covers Vauxhall, Peugeot, Citroen and DS, confirmed that industry discussions have taken place and a proposal was being put to government. Talking to Car Dealer magazine she said, “To have a stimulus package, it definitely needs to be around CO2 and not just ultra-low emission vehicles, there are a lot of good ICE vehicles now with low CO2 so that would encourage customers to go into lower CO2 and ultra-low emissions vehicles, and then to have a cap on that value as it needs to help the people that need it most. 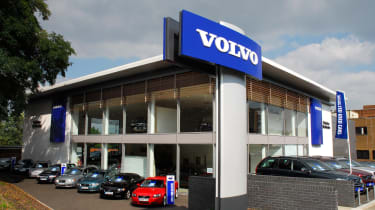