The London Congestion Charge will temporarily increase to £15 per day and have its hours of operation extended to between 7am and 10pm, seven days a week from 22 June.

The daily charge for driving into central London was suspended on 23 March 2020 as one of several measures to keep the capital moving during the coronavirus pandemic.

Following a 90 per cent reduction in fare revenue on busses and the London Underground, Transport for London (TfL) has secured a £1.6 billion bailout from the Government to keep public transport in the capital running, with a number of terms and conditions attached. Further changes to the Congestion Charge fall under these new conditions.

TfL has announced a package of temporary changes to the Congestion Charge, aimed at discouraging Londoners from making unnecessary car journeys. The Congestion Charge will return on 18 May exactly the same as it was before – £11.50 per day, enforced between 7am and 6pm on weekdays.

On 22 June, the temporary £15 daily fee and extended hours of operation will be brought into effect. It is currently unknown when these measures will be reviewed or lifted. The measures are expected to reduce car journeys inside the Congestion Charge zone by a third. There will be no change to the existing exemptions for low and zero emission vehicles. 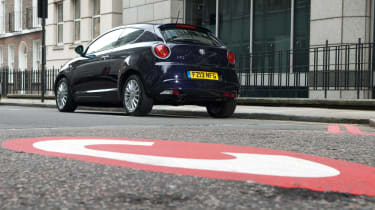 It comes as Mayor of London Sadiq Khan announces plans to turn parts of central London into “one of the largest car-free zones in any capital city in the world”.

Some streets in the city centre are to be converted to walking or cycling only, with Khan aiming to prevent air pollution levels in London returning to where they were before the coronavirus crisis.

Khan said: “I ask that Londoners do not use public transport unless it is absolutely unavoidable – it must be a last resort. If you can work from home, you should continue to do so. We should all spend more of our leisure time in our local areas too.

“We will need many more Londoners to walk and cycle to make this work. That’s why these plans will transform parts of central London to create one of the largest car-free areas in any capital city in the world.

“If we want to make transport in London safe, and keep London globally competitive, then we have no choice but to rapidly repurpose London’s streets for people. By ensuring our city’s recovery is green, we will also tackle our toxic air which is vital to make sure we don’t replace one public health crisis with another. I urge all boroughs to work with us to make this possible.”

Do you agree with the London Congestion Charge price hike? Let us know your thoughts in the comments section…