I love London. I’ve lived in and around London for the vast majority of my life and I feel honoured to work in the greatest city in the world.

But it seems as though London Mayor Sadiq Kahn is pulling up the drawbridge at the very time that London’s residents and businesses need to get moving again.

As light slowly emerges at the end of the lockdown tunnel, we rely on our elected policymakers to guide us to the safest ways for life to edge towards some sort of normality. I don’t envy them the task of balancing myriad needs and demands to be able to do that, but sometimes I do wonder whether our politicians are really bright enough.

We have Prime Minister Boris Johnson telling us to avoid public transport wherever possible. “Work from home where you can,” he says. Yup, got that – will do. So if I have to go to work, I will walk or cycle if I can, or… well, the only realistic other option is to take the car.

Woah! Sadiq Kahn is also telling us to work from home if we can and to avoid London’s public transport system. But if you want to use your car, you’re going to be penalised more than ever with a sizeable increase in the congestion charge to be able to drive into Central London. 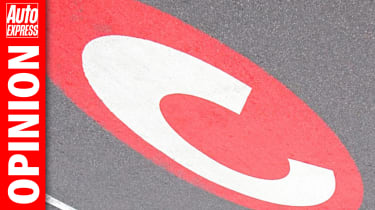 So answer me this, Mr Kahn: Like many others, I’ve enjoyed walking more during the lockdown – and I feel better for it. But I don’t relish the 22-mile walk to work every morning and home again in the evening. That’s quite a lengthy cycle ride, too – especially along the 70mph A413 and then the packed A40 in towards London.

So what are commuters who have to travel into London supposed to do. Maybe they can drive so far and jump on a bike or walk? Ah, no – nowhere to park. Haven’t thought this through, have you, Mr Kahn?

Where London leads on things like this, so many other towns and cities around the country follow. But has anyone come up with a decent solution for those who need to travel to work?

For the time being, I can only assume that our nation’s great capital is closed for business – by the very man who’s supposed to be supporting it.

What's your view on the increase in the congestion charge? Have your say on Twitter, on Facebook or in the comments below…