Twice as many cars needing new batteries during lockdown

The number of cars needing new batteries has doubled during lockdown, with the fact that many drivers are only using their cars for short trips taking the blame.

In the four weeks leading up to 1 May 2020 – approximately the whole of the month of April – garage chain Kwik Fit fitted new batteries to precisely 100 per cent more vehicles than it did in the same period last year.

These levels of battery replacement are similar to those seen during January in the last five years, a month where batteries are adversely affected by cold winter weather.

April 2020’s rise in battery failures has been attributed to the fact that many drivers are currently only using their cars for short essential journeys, where the engine isn’t running for long enough to recharge the battery sufficiently.

Although this has mainly been an issue with older vehicles, some newer cars have also been affected. Kwik Fit reports a 10 per cent year-on-year increase over the same period in the number of fleet vehicles – including company cars – needing new batteries. 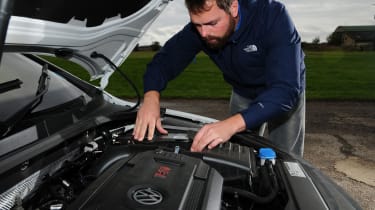 Kwik Fit advises drivers who are not using their car at all to start its engine once or twice a week and let it run for roughly 15 minutes. It’s best to do this during the warmest part of the day.

It’s also advisable to check your battery terminals for any signs of corrosion. You may be able to use a trickle charger to top up your battery, but you must read the instructions in your car’s handbook before doing so.

Roger Griggs, communications director at Kwik Fit, said: “Most of us associate battery failure with the winter months and having to call out a breakdown service to get us started after Christmas holidays.

“The lock down has had a dramatic effect on motoring and has been positive in helping control the spread of the virus, but this is one area which is storing up potential problems for motorists.

“We certainly don’t encourage anyone to use their car unnecessarily, but we hope that our advice will help some people avoid a nasty surprise when they next need their car.”