Electric-car maker Tesla has shared insight into its customers’ buying habits, giving a glimpse at how the online-only retailer’s business model works.

While Tesla operates a handful of showrooms throughout the UK, all cars must be ordered through the company’s website. As such, three quarters of customers choose to do this in their own homes, according to the company.

Of these, nearly a fifth will do so on a mobile phone or tablet, Tesla says.

The stats provide insight into the potential of retailing cars online: in 2018, it was revealed that one in 10 car dealerships had closed over a seven-year period, with forecasters warning that half of all forecourts could shut by 2025. 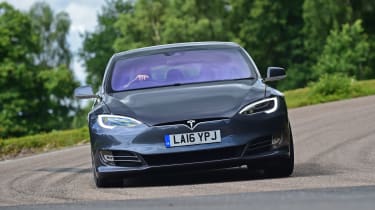 To make buying online as easy as possible, Tesla says orders can be made in less than 60 seconds, and claims that its fixed pricing structure means no haggling is needed in order to make a sale.

In some countries, more than half of sales are completed without a prior test drive. This is most common in the Netherlands and Germany, says Tesla, and is made possible by its returns policy: buyers can bring back their car within seven days or 1,000 miles with no questions asked and a full refund given.

Tesla has also revealed its busiest times of the week for sales: peak times in Europe tend to occur between 3pm and 6pm, with 4pm seeing activity spike. Tuesday is the most popular day for buying cars, closely followed by Wednesday.

The company’s line-up currently consists of the Model S, Model X and Model 3, with the new Model Y SUV and second-generation Roadster sports car both claimed to arrive later in 2020. Other models in the pipeline include the Tesla Semi truck and the controversial Cybertruck pick-up.