Speeding up 650% in London during coronavirus lockdown

The number of speeding drivers in London has increased nearly eight-fold during the coronavirus lockdown, new figures from the Metropolitan Police Service suggest.

Despite traffic having reduced in the UK’s capital city during the lockdown, Detective Superintendent Andy Cox from Scotland Yard’s road policing division says that – during the week commencing 20 April 2020 – the Met enforced 2,020 speeding offences across London. In the same week in 2019, there were just 268 such enforcements, meaning this constitutes an increase of 653.7 per cent.

Writing on Twitter, Cox said the offenders “risk lives” and could “cause devastation”. He urged drivers to “challenge” family and friends who speed in order to make it a “socially unacceptable” practice. 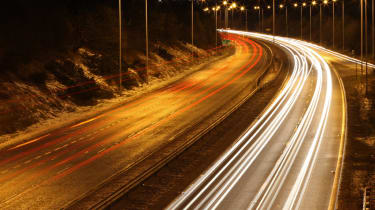 Were it not for the lockdown, the prospect of empty roads and fuel prices at record lows would be something of a petrolhead’s dream. But some drivers are taking advantage of unusually low levels of traffic not seen since the 1950s, breaching lockdown rules, and treating roads as racetracks, with police forces across the country catching a number of motorists at “extreme” speeds.

Surrey’s Roads’ Policing Unit reported one driver caught at 130mph on the M25 said “I thought the faster I went, the less chance I could catch coronavirus”, while London’s Metropolitan Police have apprehended a number of drivers at “outrageous” speeds, including one who reached 134mph in a 40mph zone.

It’s not just London’s eerily quiet streets that have seen drivers reach extreme speeds. Police in Surrey reported one driver was caught at 98mph in a 50mph zone, while Greater Manchester Police apprehended one motorists at 128mph, announcing he would be sent to court both for his traffic offence, and for breaching coronavirus legislation; the city’s mayor, Andy Burnham, has said 40 per cent of drivers are breaking speed limits.

American drivers are also reportedly taking advantage of empty lockdown roads, with US police logging a number of extreme speeds. Reports also indicate three anonymous individuals drove an Audi A8L with extra fuel tanks in its boot from the east coast to the west coast of America in 26 hours 38 minutes, breaking the previous unofficial (and equally illegal) record by 47 minutes.

Do you think tougher measures should be enforced for speeding drivers? Let us know in the comments below…